Remy Affleck's motorcycle was stolen from outside his apartment in downtown Winnipeg on Saturday. 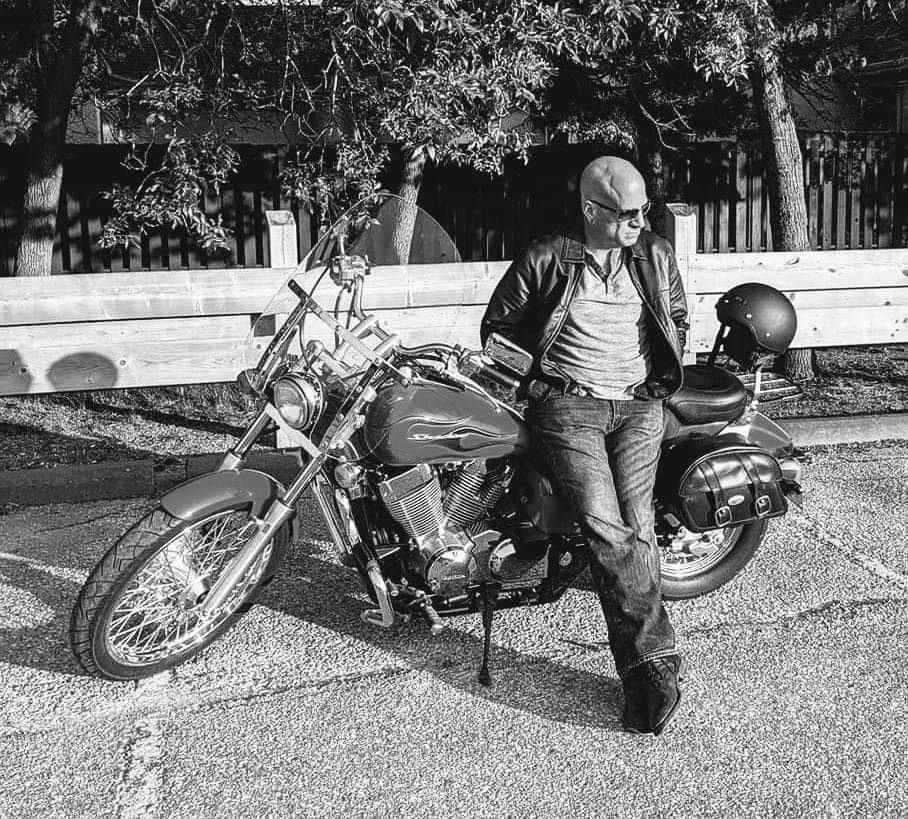 When Remy Affleck purchased a motorcycle two years ago, it was about more than just getting back into riding.

The Winnipeg man started riding motorcycles in his late teens, but stopped for several years to deal with personal issues, including substance abuse.

“I stepped away from it for a number of years to (focus on) family and other issues and then a few years ago I got back into it again,” said Affleck, who now regularly speaks to people struggling with substance abuse at the Addictions Foundation of Manitoba.

“This was the first bike that I purchased since I’ve been back to riding. It was an important purchase for me and it was a symbol of me getting my life back on track, and it’s gone. And I don’t believe I’m going to get it back.”

On Saturday, Affleck returned from work to find his bike was missing from his parking spot outside his downtown Winnipeg apartment.

“It was a shock,” Affleck told Global News.

“It’s a real shame; this bike deserved a lot better than what it got. And for me, I can’t replace it. I can get a new motorcycle, but I can’t get this bike, and I‘d just really like to have it back.

“I’ve been there, I struggled myself. I don’t’ know whether the person that took the bike has addictions-related issues or other things that happened in their lives, but I get it. This really hurts. This kind of stuff affects everybody. It hurts me financially, it hurts me emotionally, it hurts me spiritually.”

In May of this year, 22 motorcycles were stolen in Winnipeg, up from the previous year, and double the five-year average.

'What a Christmas gift this is,' says Cape Breton senior...

Inside one of Canada's new COVID-19 vaccination clinics

First doses of COVID-19 vaccine to be administered to Alberta...

Above all, public health officials and epidemiologists are warning us to remain...

The teenage boy who was stabbed on the weekend has died...

Follow the COVID-19 rules or you'll be fined, Quebec Premier...

Police forces and health and safety inspectors will be instructed to issue more...

Police look to identify person of interest in connection...

A pedestrian wearing a mask walks through an empty downtown Calgary on Wednesday,...