What you need to know about COVID-19 in Ottawa on Wednesday, Sept. 9

Key updates on the coronavirus pandemic in the region 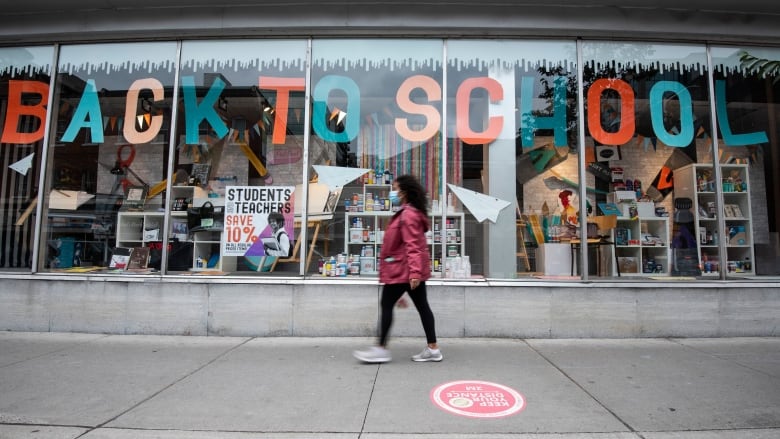 What's the latest?
Ontario logged 149 new COVID-19 cases Wednesday, the lowest daily tally since Friday's 148. The overall number of tests is also down.

The principal of the Ottawa Catholic School Board's virtual school is asking parents for patience following a chaotic first day, including a lot of waiting around at home for instructions.

New job numbers released by the City of Ottawa Wednesday show the capital added about 13,700 jobs in July, meaning it's still down 24,900 jobs since the start of widespread closures in March.

Most of the losses remain in accommodations and food services.

How many cases are there?

There have been 3,134 confirmed cases of COVID-19 in Ottawa since the start of the pandemic, 242 known active, 267 people whose deaths have been linked to the respiratory illness and 2,625 considered resolved.

COVID-19 has killed 104 people in the region outside Ottawa: 52 people have died in Leeds, Grenville and Lanark counties, 34 in the Outaouais and 18 in other parts of eastern Ontario.

What's open and closed?
Every local school board or service centre has started bringing students back except for the Upper Canada District School Board, which starts tomorrow.

All classes should have started by Sept. 18.

Ontario is in Stage 3 of its reopening plan, which means more businesses are open including dine-in restaurants and movie theatres.

Its health minister announced Sept.8 there won't be any further loosening of rules for four weeks, or Oct. 6, because of the concerning upward trend in its numbers.

Kingston, Ont., has tightened its distancing rules in city parks and closed the Breakwater Park beach because of what the city says has been risky behaviour.

Quebec has similar reopening rules to Ontario, with its cap on physically distanced gatherings in public venues now up to 250 people, allowing smaller festivals.

The novel coronavirus primarily spreads through droplets when an infected person coughs, sneezes, breathes or speaks onto someone or something.

People don't need to have symptoms to be contagious.

That means physical distancing measures such as working from home, meeting others outdoors as much as possible and keeping distance from anyone you don't live with or have in their circle, including when you have a mask on.

Masks are now mandatory in indoor public settings in all of eastern Ontario and Quebec, including transit services and taxis in some areas.

Masks are also recommended outdoors when you can't stay the proper distance from others.

Anyone who has travelled recently outside Canada must go straight home and stay there for 14 days.

In Ontario, that's the same period of self-isolation for anyone with symptoms. When self-isolating, only leave home or see other people if it's critically important, such as to go see a doctor.

Most people with a confirmed COVID-19 case in Quebec can end their self-isolation after 10 days if they have not had a fever for at least 48 hours and has had no other symptom for at least 24 hours.

Health Canada recommends older adults and people with underlying medical conditions and/or weakened immune systems stay home as much as possible.
What are the symptoms of COVID-19?
COVID-19 can range from a cold-like illness to a severe lung infection, with common symptoms including fever, a cough, vomiting and the loss of taste or smell.

Less common symptoms include chills, headaches and pinkeye. Children can develop a rash.
People should not get tested any sooner than five days after potential exposure, since it takes approximately five days for the virus to grow to levels where it's detectable by a test, said Ottawa's medical officer of health Vera Etches in early September.

If you have severe symptoms, call 911.

4 meat-free and mostly make-ahead meal plans... for the back-to-school crunch

Here's what happens when there are COVID-19 cases in Ontario...

Late-stage COVID-19 vaccine trial on pause due to possible...

Harry Maguire . Manchester United player has a reputation for being bright, dependable...

Calgary father who killed his daughter in drunk driving...